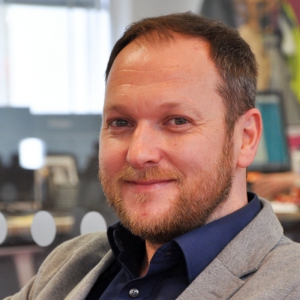 Tim has an extensive background in consumer and advertising research having worked at EMAP (now Bauer) as a Senior Researcher on consumer and B2B automotive magazine brands. He went on to join Microsoft Advertising in an international insight role supporting multi-national advertising sales teams across EMEA. He then moved to a UK role, leading the company’s thought leadership and advertising effectiveness programmes primarily focussing on the relationship between audiences, devices and advertising.

Tim joined Outsmart in 2015 as Insight Director of the marketing body and led OutPerform, a groundbreaking study of the relationship between OOH and mobile, which was shortlisted for several industry awards. In the past year Tim has taken on a wider role at Outsmart supporting its transition into a Trade Association.