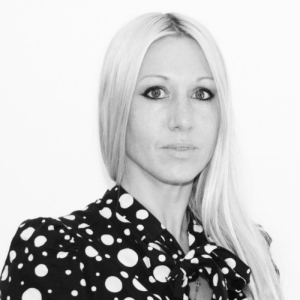 Samantha’s early career path in medical research had to go on hold following the sudden death of her father. During her deferred year Samantha accepted a position in a local newspaper and it was here that Samantha discovered her true creative streak, taking a role that set her on the path into the media industry.

While at the newspaper group, Samantha identified and developed an opportunity to launch a weekend publication to run in conjunction with the weekly newspaper that she was working on. This project resulted in Samantha being approached by three major publishing houses, one of which was News International. Samantha took an active role in research and readership behaviour and co-developed a model to place value on each section of the publication, which resulted in an increase of advertising revenue.

It was a media conference on the future of media (in mind of the decline of newspapers) and a talk on the growth of Out of Home (OOH) that inspired Samantha to apply the research model to the OOH environment and Limited Space was born.

Samantha’s ambitious, creative and commercially focused approach has allowed her to create some of the most successful and unique media products in the mall environment. She continues to map out the vision and growth path for Limited Space along with the running of the business day-to-day with co-founder Matt Gordon.

Outside of Limited Space, Samantha takes an active role in promoting literacy as part of The World Literacy foundation, signing the first declaration at Oxford University to give every human the right to be able to read and write.

Samantha is a mother of two and a keen surfer and runner.