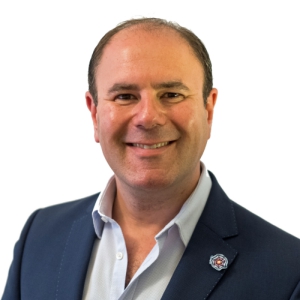 Nick is a Gold Star Member of the Inner Magic Circle, with over 20 years of performing experience.

A published author, his magic books The Art of Magic and Magical Illusions having been translated into many languages with sales of over a million copies.

As a creator and inventor of magic for professional magicians  Nick’s product range has enjoyed global retail sales of over $1 million and his customers have included many household names in magic. (e.g. David Copperfield, Paul Daniels).

Nick successfully fooled Penn & Teller in their hit ITV show Penn & Teller: FOOL US and subsequently, performed with the famous duo in Las Vegas.  His performances continue to take him all over the world for a variety of Blue Chip companies and High Net Worth individuals.

Over the last 12 months Nick has worked closely with Outdoor Plus, presenting with their CCO to media agencies all over London.  Using his skills as a magician combined with the Outdoor Plus technology, Nick demonstrates the immediacy and power of DOOH and proves what is achievable through this exciting, often under-used media outlet.